I still need to take care of a bunch of details, but the basics are working! 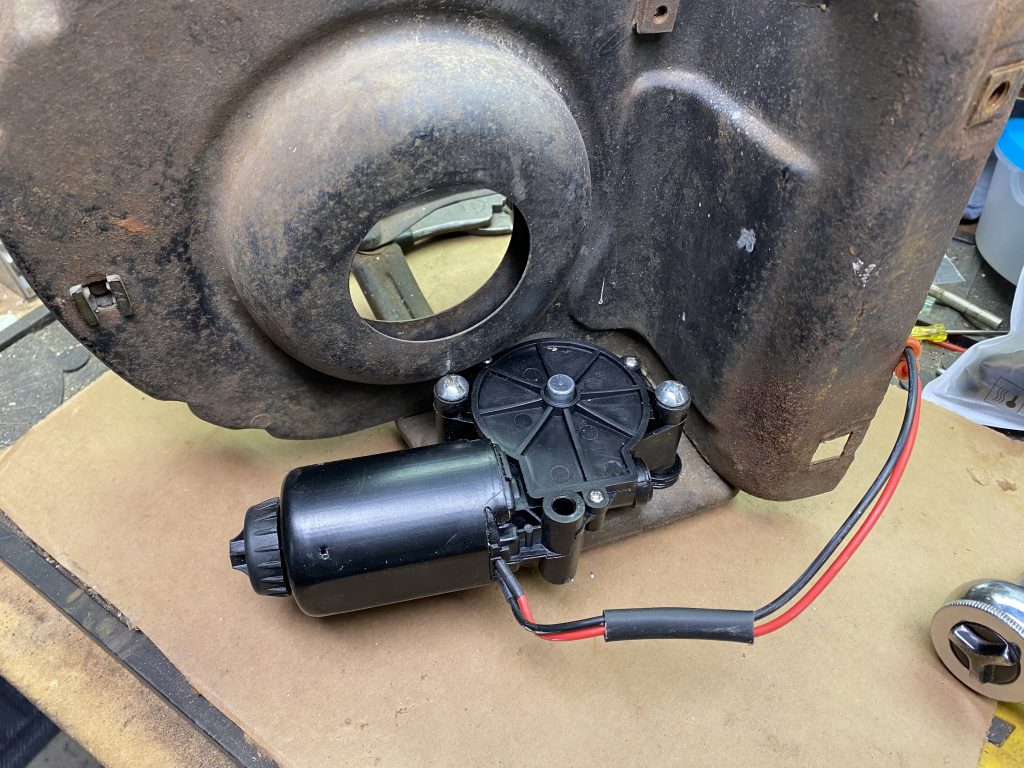 After playing around with the motors and the headlight bucket and door brackets, I decided the simples solution was to drive the original arm directly from the motor.  I drilled holes in the bracket, mounted the motor, then made a D-shaped hole in a scrap 3/16” metal plate, and bolted it together. 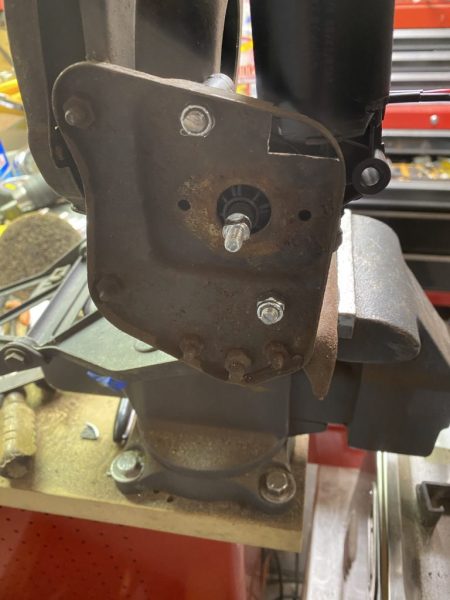 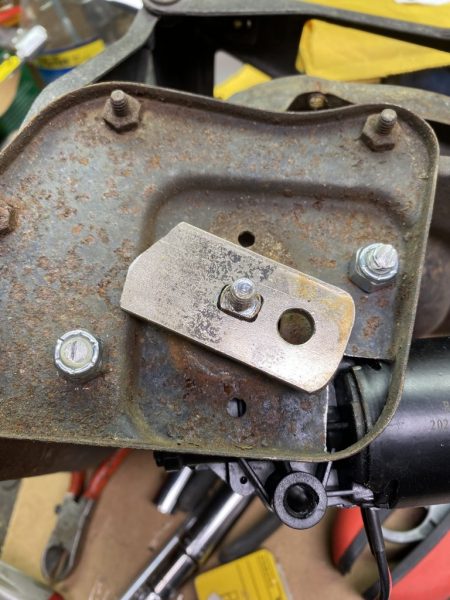 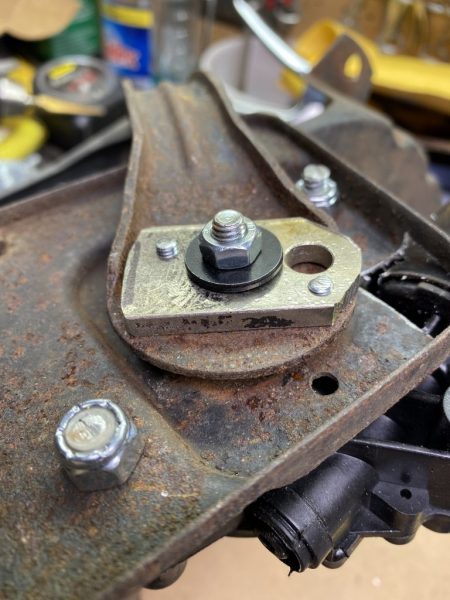 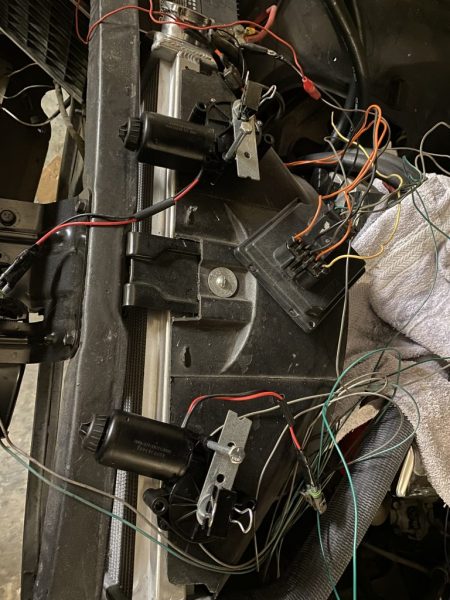