This car has been repainted several times from what I can tell.  The most recent paint is some version of Butternut Yellow, with black stripes, and black taillight panel.  The strange thing about it is the black stripes are done fairly well, but the overall finish is terrible.  It looked like someone had gone back and fogged some muddy dirty version of the yellow over the base yellow.  This didn’t make sense, because that would have covered up the black stripes.  The driver’s side fender was the worst offender, there were big runs and puddles on the top, pooling into the middle of the fender.

I like driving this car, and I actually kind of liked that the paint was so-so because then I didn’t have to be worried about it getting scratched in a parking lot.  But still…it would be nice if it was at least a little nicer looking. 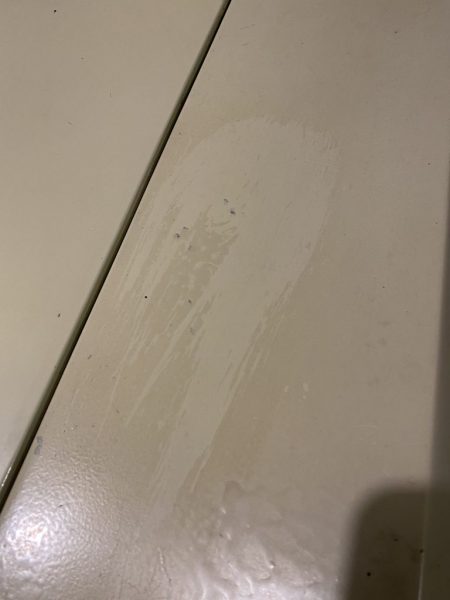 I was discussing this with someone at the Castle car show, who suggested the dull finish was really just a very badly applied clearcoat.  Bingo…that would explain how it could be applied after the black stripes were added.  There were some spots where the yellow showed through because of poor surface prep or something, and it was obvious that a muddy clear had been sprayed over a lot of the car.  In some spots it was very thick, but in other spots it was barely fogged on.

I decided to see what would happen with some elbow grease and some aggressive paste wax.  Turns out…it shines up pretty good if you really hit it hard.  It’s tough taking a picture to show how shiny something is, but here’s my attempt.  The front part of the fender has about 30 minutes of hard scrubbing with the paste wax in a 6″x6″ area, while the front header panel is the original finish. 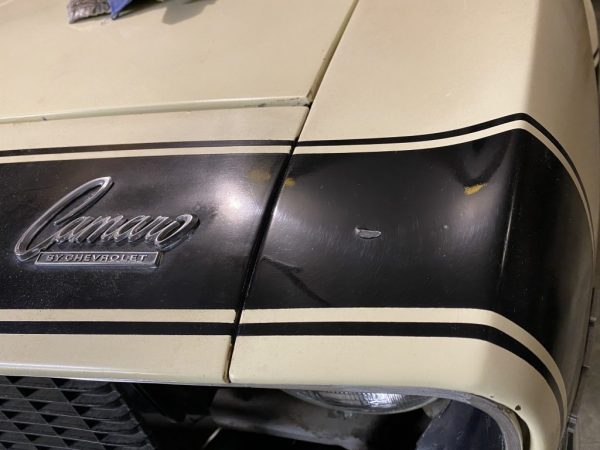 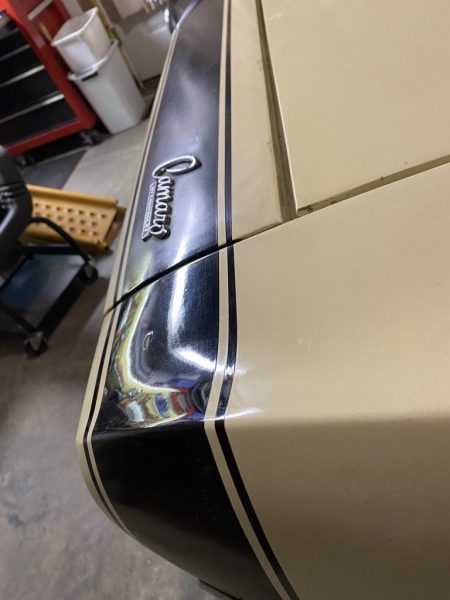 This needed some power to make the job go faster, so I got some 1000 and 1500 grit foam sanding blocks, and started wet sanding. 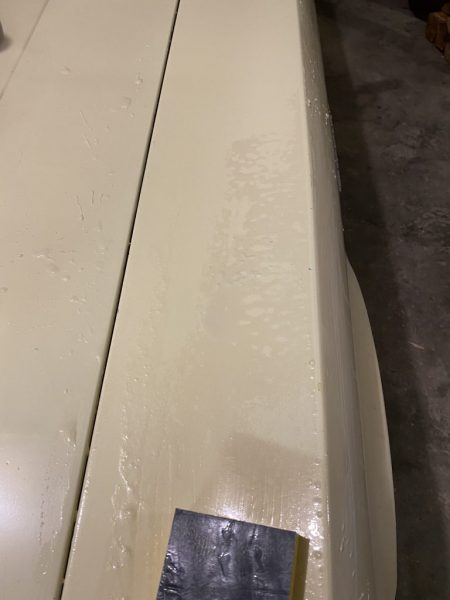 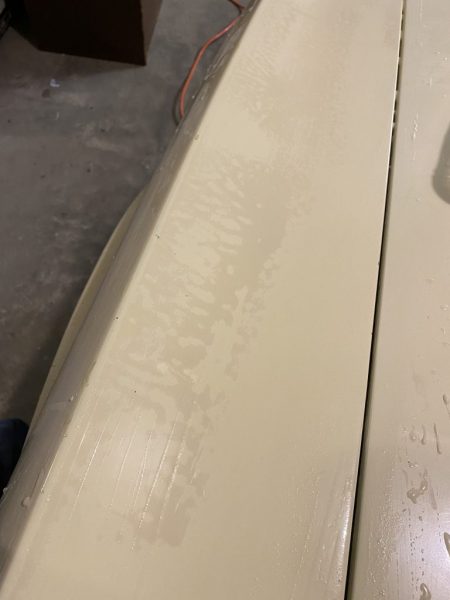 After about 3 hours of working on the top of the fender, most of the clear was removed.  There’s still some remnants of the puddles and runs that were there, but I didn’t want to sand through the paint, so I stopped for now. 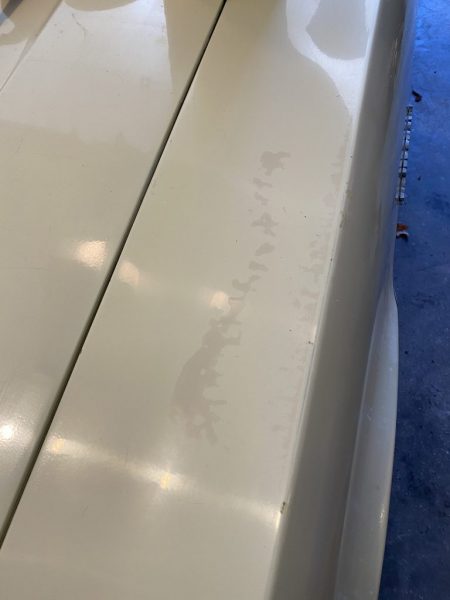 One nice thing was that several black marks in the paint disappeared.  I had assumed they were chips that went down to the blue paint under the yellow, but it was actually just pieces of dirt stuck in the clear.

I got a polisher and some polishing compound, and went over the area I had wet sanded, then put some wax on it.  Not perfect by any means, but a lot better looking at least.  This is going to be a long-term project, I’ll keep doing sections until I work my way all around the car. 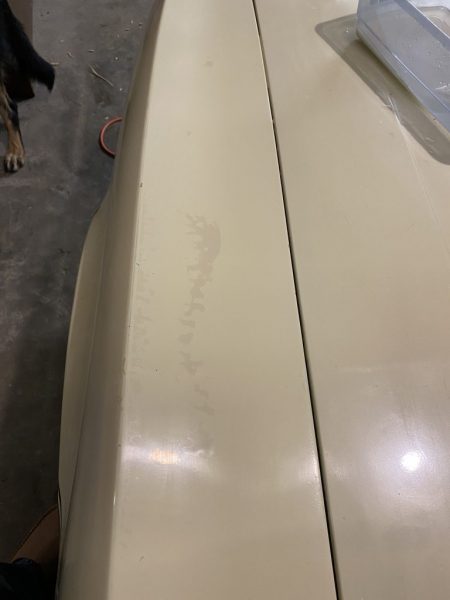