I decided to get a new radiator and avoid the drama.  After some research, I settled on a Cold Case radiator.  It’s a stock fit bolt- in replacement with a lot more capacity. 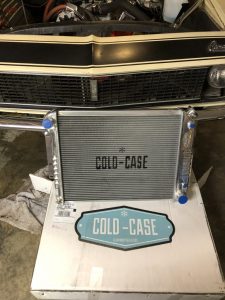 It’s a two row core, but the tubes are very wide, so it has a lot of surface area. 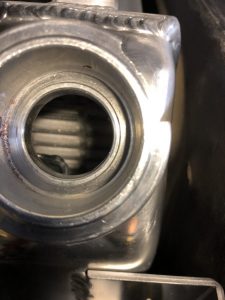 Out with the old one core: 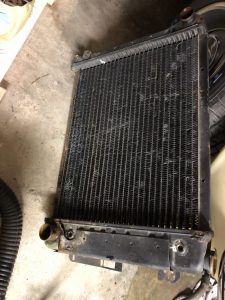 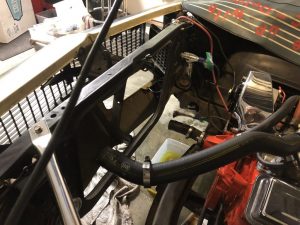 …and in with the new.  Fit is good, it bolted up to the stock mount points on the radiator support. 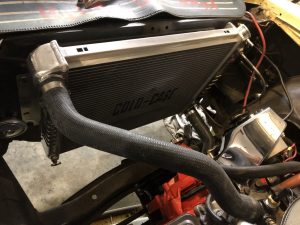 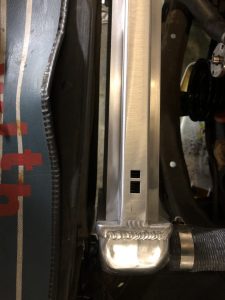 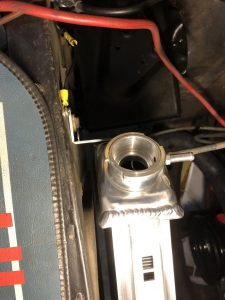 My only slight criticism is that the brackets were about 3/8” deeper than they needed to be, so the radiator body was a bit closer to the firewall than I’d expected.  This caused a misalignment at the shroud mount bracket.  Not a big deal since drilling a second mount hole isn’t too difficult, but it may matter to other people. 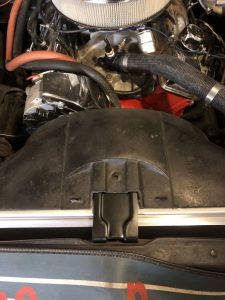 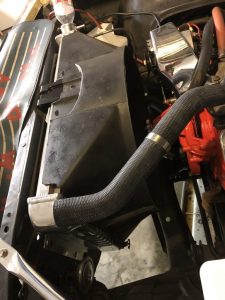 I also got the CORRECT temp sender to work with the idiot light.

I am waiting on the new power steering pump before I do the final assembly.