My father had a 68 Firebird when I was growing up.  (The dash is virtually identical to a 68 Camaro.)  At some point, the defroster lever broke, like pretty much all of them do eventually.  I remember hitting a local junkyard and pulling a replacement climate control panel from a car there, and swapping it in.  Unsurprisingly, a few years later, the defrost lever in the replacement one broke also.  I took it apart and drilled a series of holes along the side of the crack and sewed it back together with some wire, and slathered the whole thing with epoxy.  That lasted another few years before it broke again. 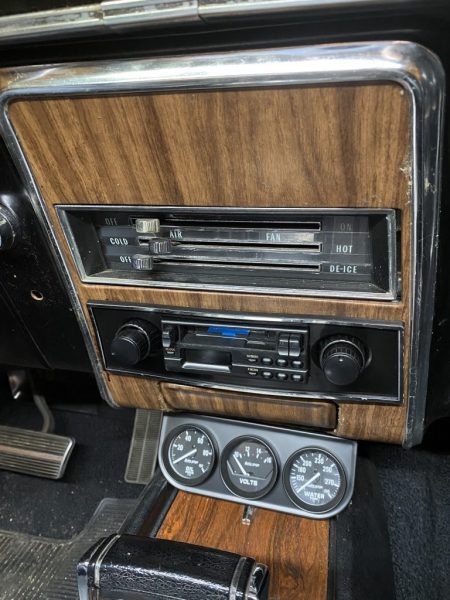 Fast forward to today, and…the defrost lever in our Camaro is broken.  As the control panel is at the top of the dash, everything below it has to come out to get enough room to remove it.  The aftermarket gauges, the ashtray, the radio, and the front woodgrain bezel all need to be removed. 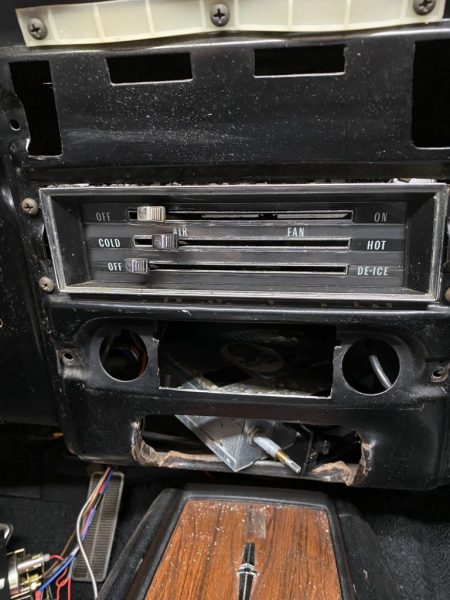 I ordered a replacement lever (OEM brand) which is still cast metal, but it is definitely beefier than the original one.

After removing the control panel, it was a bit ripe on the top side where the mice had used it for part of their travels. 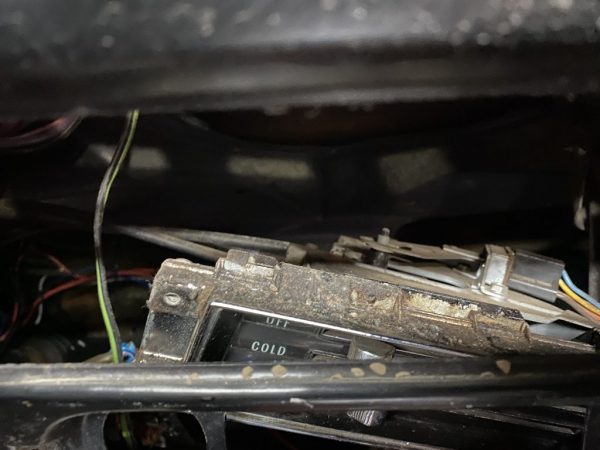 I didn’t figure it out at the time, but if you unplug the blower fan wiring (the plug at the right of the picture above) and pull the light socket out from the RH side, the whole unit can swing down between the dash and the gas pedal with the cables still attached. 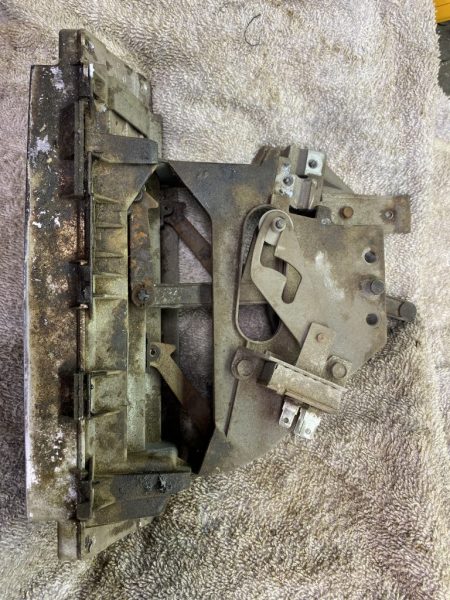 I decided the first step was to give it a bath in the ultrasonic cleaner. 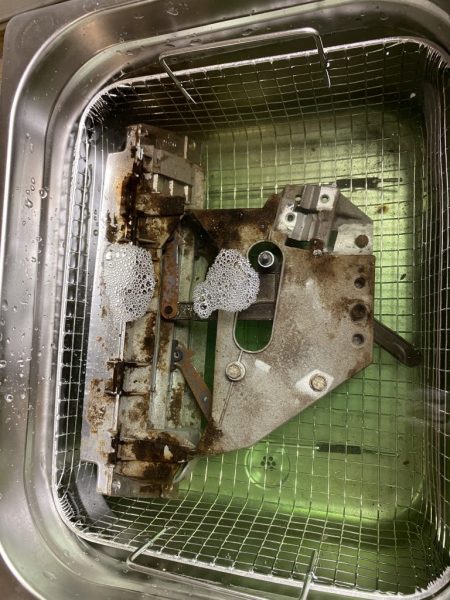 After a few cycles through the cleaner and a little scrubbing with a nylon bristle brush, it came out looking better. 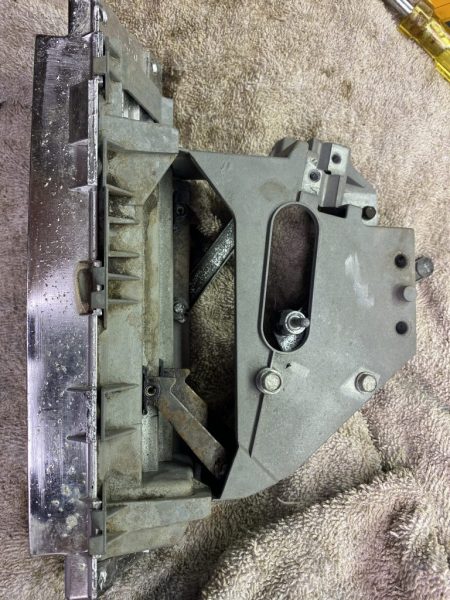 Next step is removing the old lever.  Stay tuned… 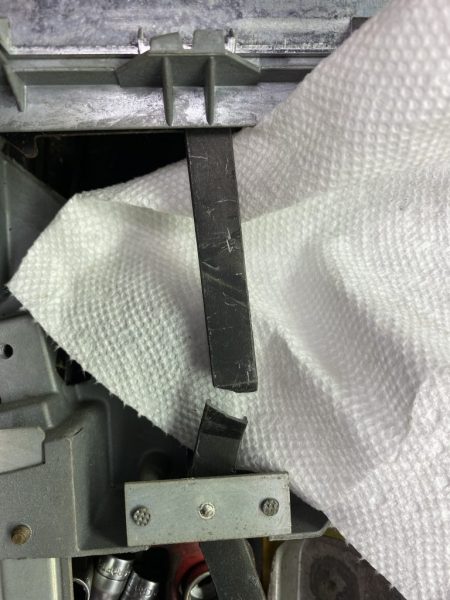